The coolest and most talented band in the Northwest Probably one of the best covers bands in the country, top quality musicians,  and excellent vocals make this band a must see.

Gaining great popularity in Northern City's Manchester and Leeds, it can only be a matter of time before there original stuff starts to gain a following.

The band have performed all over Europe and continue to play regularly in some of the best venues across the north - and in particular the Manchester region where they are based.

The band are available for any event, wedding and corporate affair, however, notable performances have come at the United for UNICEF Ball at Old Trafford, Wayne Rooney's 18th birthday party, The British Grand Prix at Silverstone and the Opening Party of the Commonwealth Games in the Hard Rock Cafe. 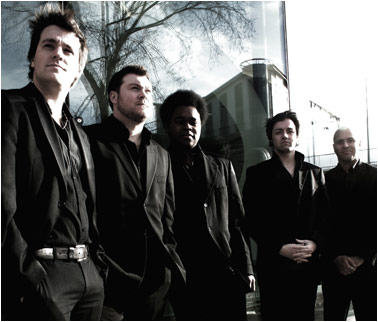