Alan Mullery was a footballer who enjoyed an eventful and outstanding career with Tottenham Hotspur, Fulham and England in the 1960's and 1970's.

Alan joined Fulham after leaving school at the age of 15. He was in the Fulham First Team at 17 and played over 250 games in 5 years.

After retirement, Alan went on to manage Brighton, Charlton, Crystal Palace and QPR. He was voted into the top 100 footballers ever to play in the Football League.

Alan is currently in demand as an excellent after dinner speaker. He is regularly on Talk Radio with his unique no nonsense approach and is also a co-host of the hugely popular football programme - Sky’s Gillette Soccer Saturday. 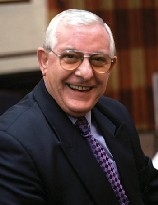