After a successful football career, having played as goal keeper for Arsenal in the early 70's Bob was one of the first footballers to move into TV presenting.

He has since fronted sports shows for both BBC and ITV.

Bob's charismatic charm and wisdom has proved to be a winning formula on the presenting scene, and is something which he certainly portrays on the speaking circuit. 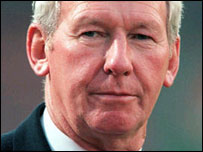