Ronnie Whelan was born 25 September 1961 in Dublin. He is a former professional footballer who played as a central midfielder, who was an integral part of the dominant Liverpool side of the 1980s.

Whelan finished his career at Southend United, where he was also player-manager. He has also managed in Greece and Cyprus,

Whelan played for the Republic of Ireland National side at the 1988 European National Championships, and two World Cups in 1990 and 1994 turning out a total of 53 times for the national side between 1981 and 1995.

Since his retirement Whelan has been a pioneer on the dinner circuit and has shared his tales all across Britain. 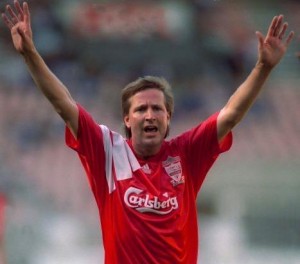