1989-1992: Stephen started writing songs with two friends who together became known as the band Watch This Space.

With this band he wrote over 30 original soul/pop songs which gained much critical acclaim and became the foundation to Stephen's musical style and unique performance.

1992-1993: Stephen was hand picked to form part of the backing vocal group for Sir Cliff Richard on his UK and Eire 'Access all areas' tour. This gave him the invaluable experience of performing in front of large audiences (10,000+). After finishing the very successful tour, he joined up with three accomplished musicians to form the band Hothead.

1993-1996: Hothead incorporated all of Stephen's musical influences and was given a new slant with the help of guitarist and songwriter Simon Iredale, drummer Andrew Pickervance and bassist David Brindley. His hard-edged guitar and alternative songwriting became a complementary mix with Stephen's beautiful soulful voice. During the period of Hothead they wrote over 50 songs and toured extensively throughout the UK, headlining some of the largest venues around. They played to over 3000 people at the Heineken 'Party in the Park' and had a fanbase of well over 1000.

1996 to-date: Since Hothead, Stephen has been one of the North's most successful performers selling out every concert he plays.

Playing original and Motown covers his show is the favourite of everyone. Stephen has been seen on TV as Michael Barrymore's 'Guest Performer' and on the TV show 'Star for a Night' with Jane MacDonald.

Most recently he has been involved in the production of his own theatre show. The show, entitled All Night Long saw Stephen perform hits from the swinging fifties to soul classics including Fly me to the moon, Let there be love, Give me the night, Never to much and, of course Lionel Richies All night Long. The show is also a platform for Stephens much-requested original material.

Stephen has always been very keen to be involved in Charity fund-raising work and performed at Londons prestigious Café Royal for Breast Cancer Cares Big Kiss Annual Event which started in 2004. So far raising in excess of £15,000.

Stephen launched his first original debut album 'Play for Keeps' on 21st November 2005. He has been described as the 'black Mick Jagger' with the 'velvet voice'. The album evokes songs that appeal to a wide audience and captures every emotion, from the upbeat, foot tapping 'High & Mighty' to the slow and seductive ballad 'Don't leave me without Love'. Stephen is currently in the studio working on his next album. 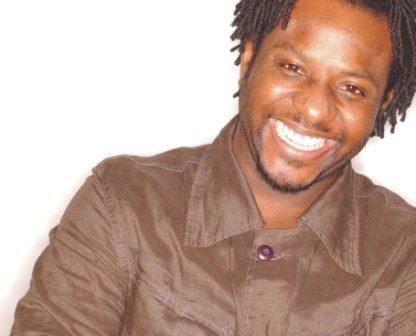