Davey, Phil and Ben had all been active on the circuit in various other bands and decided it was time to pay tribute to the music they had grown up listening to and loved.

Electro 80’s pay tribute to this era, and have lovingly recreated songs by the pioneers of 80's music, to create a live entertainment show that is sure to transport everyone from this generation, back to the days of underground club scenes and even school discos.

Unforgettable classics like “Fade to Grey” and “Just Can’t Get Enough” are performed alongside lesser-known tracks, which will jog your memory in a nostalgic show that is both visually and acoustically stunning. 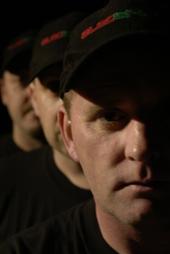